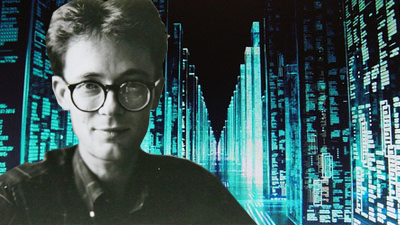 William Gibson coined the term cyberspace in his sci-fi story ‘Burning Chrome’.1 He further defined cyberspace in his sci-fi book Neuromancer in 1984. He described cyberspace, in the context of his novel, as a “consensual hallucination experienced daily by billions of legitimate operators, in every nation, by children being taught mathematical concepts. A graphic representation of data abstracted from the banks of every computer in the human system. Unthinkable complexity. Lines of light ranged in the nonspace of the mind, clusters and constellations of data. Like city lights, receding”.2 The term “cyberspace serves as the mold from which a legion of neologisms are cast: cyberpunk,  cyberculture,  cyberlife, cybernauts, cyberselves, cybersex, cybersociety, cybertime – cybereverything”.3

He later stated: “All I knew about the word cyberspace when I coined it, was that it seemed like an effective buzzword. It seemed evocative and essentially meaningless. It was suggestive of something, but had no real semantic meaning, even for me, as I saw it emerge on the page.”4